Please refer to the previous blog for data acquisition and processing as well as sever and DBMS configuration. For the classifier developing, SVM and Naive Bayes have been tested on the movie dataset. Due to the similar accuracy and better time complexity for Naive Bayes, we finally developed the classifier by Naive Bayes. Html/CSS, Php and Python are used for developing the classifier. Procedure are listed as following,

Bayes theorem provides a way of calculating the posterior probability, P(c|x), from P(c), P(x), and P(x|c). Naive Bayes classifier assume that the effect of the value of a predictor (x) on a given class (c) is independent of the values of other predictors. This assumption is called class conditional independence.
P(c|x)=(P(x|c)*P(c))/P(x)
In our case, we want to calculate the probability for a given genre by providing budget and revenue. The equation can be written as:

The equation can be further rewrite as:

Since our attribute is not a category, we need to use the distribution of the numerical variable to have a good guess of the frequency. We take the drama and action budget distribution as an example. 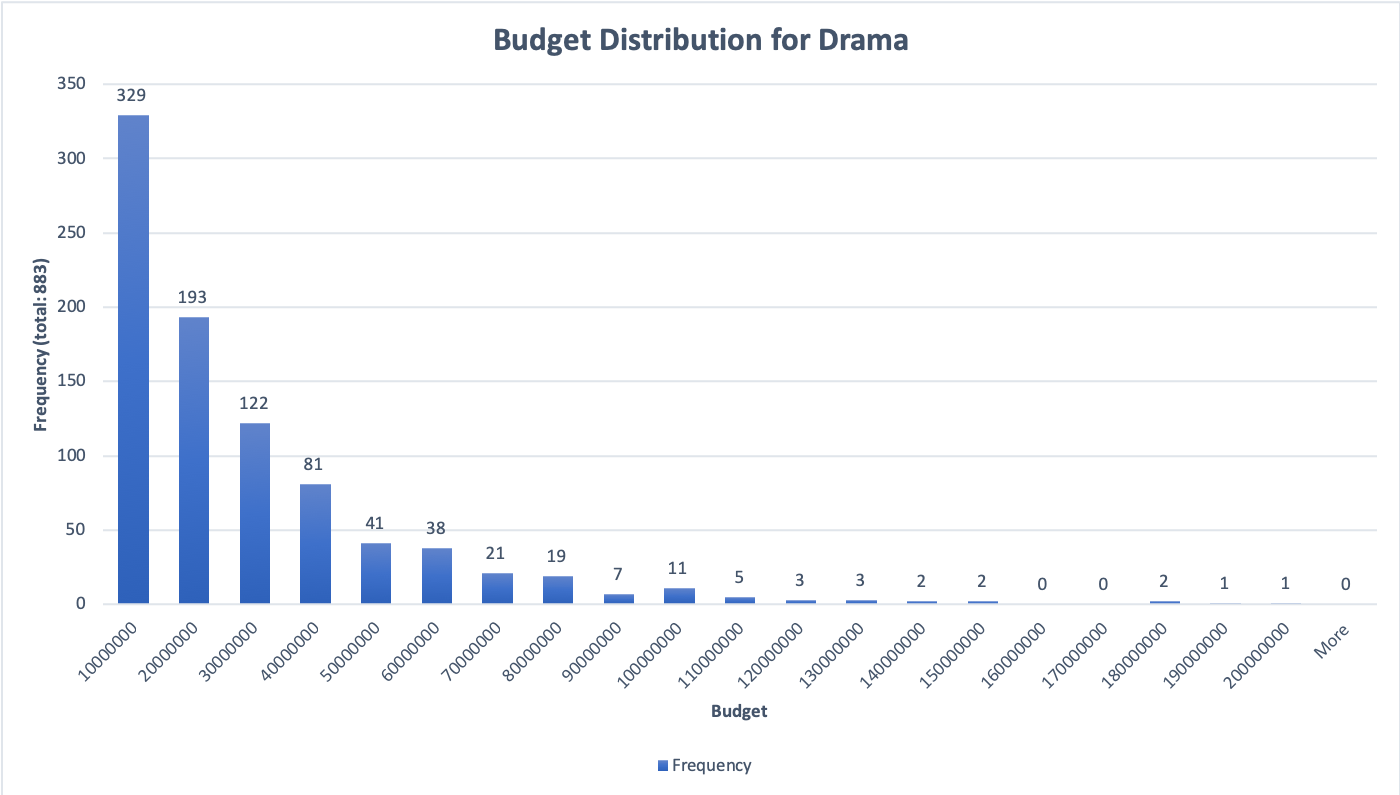 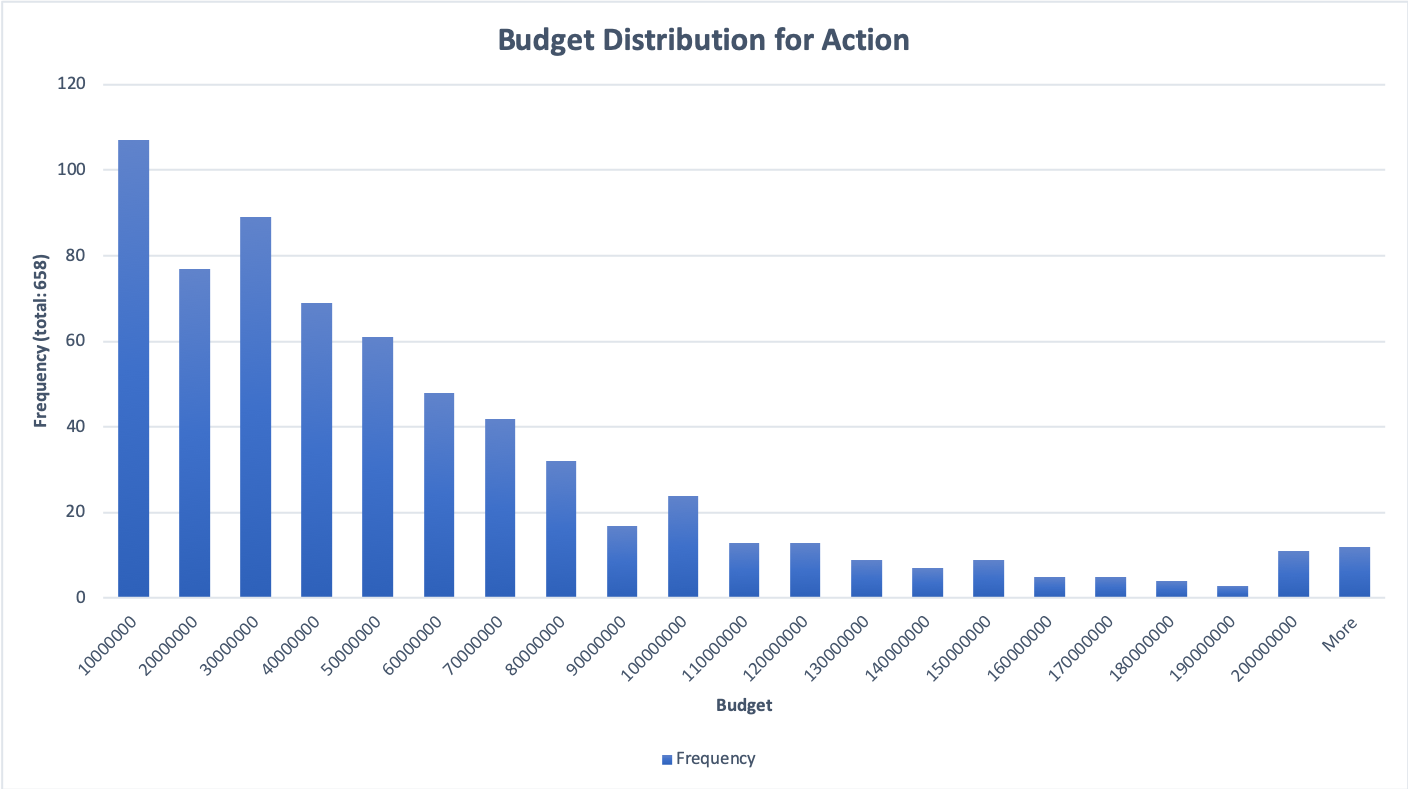 From the two chart above, we can see action movie is prone to have a higher budget compare to drama. 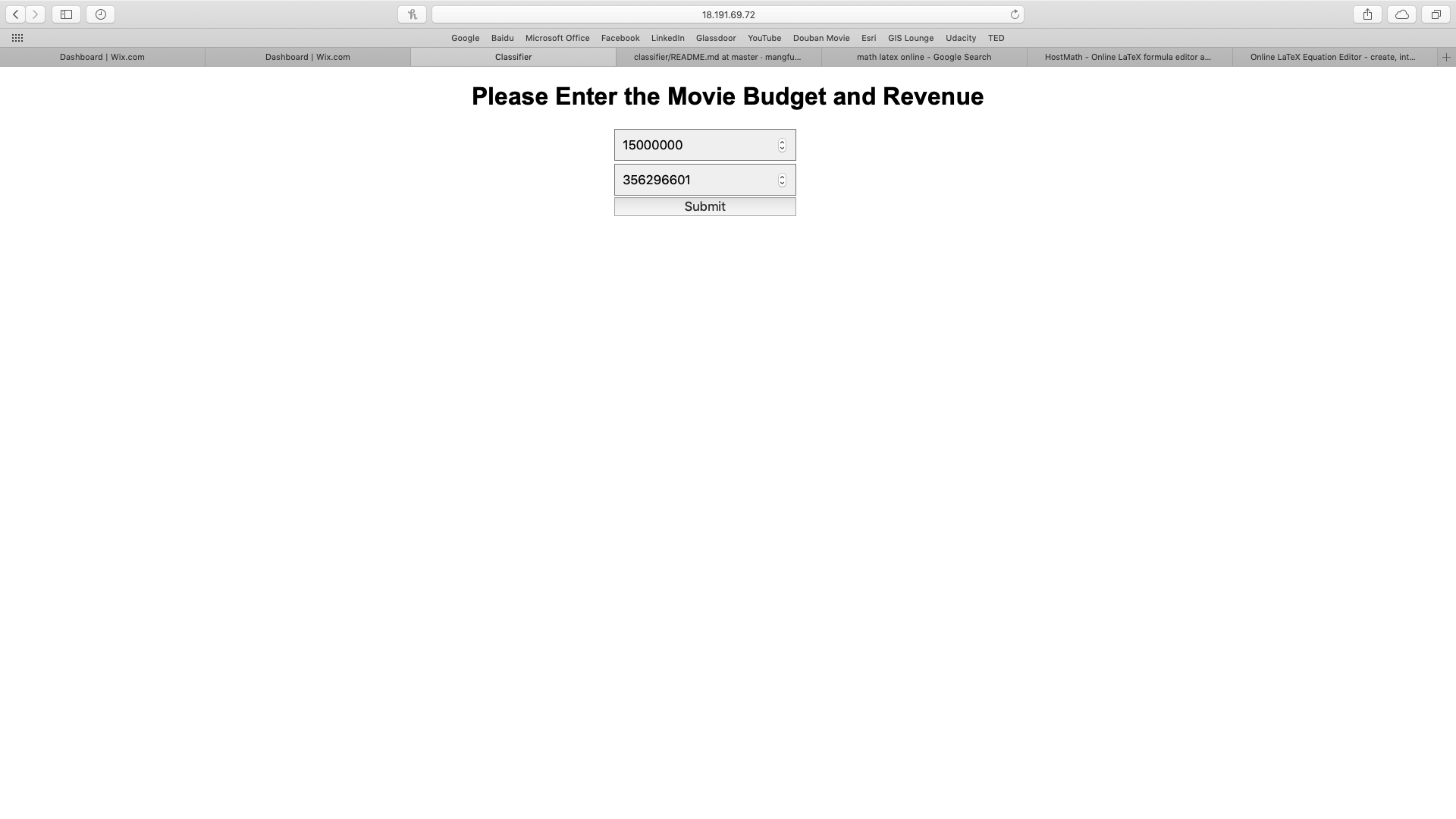 This is the main page for user typing. 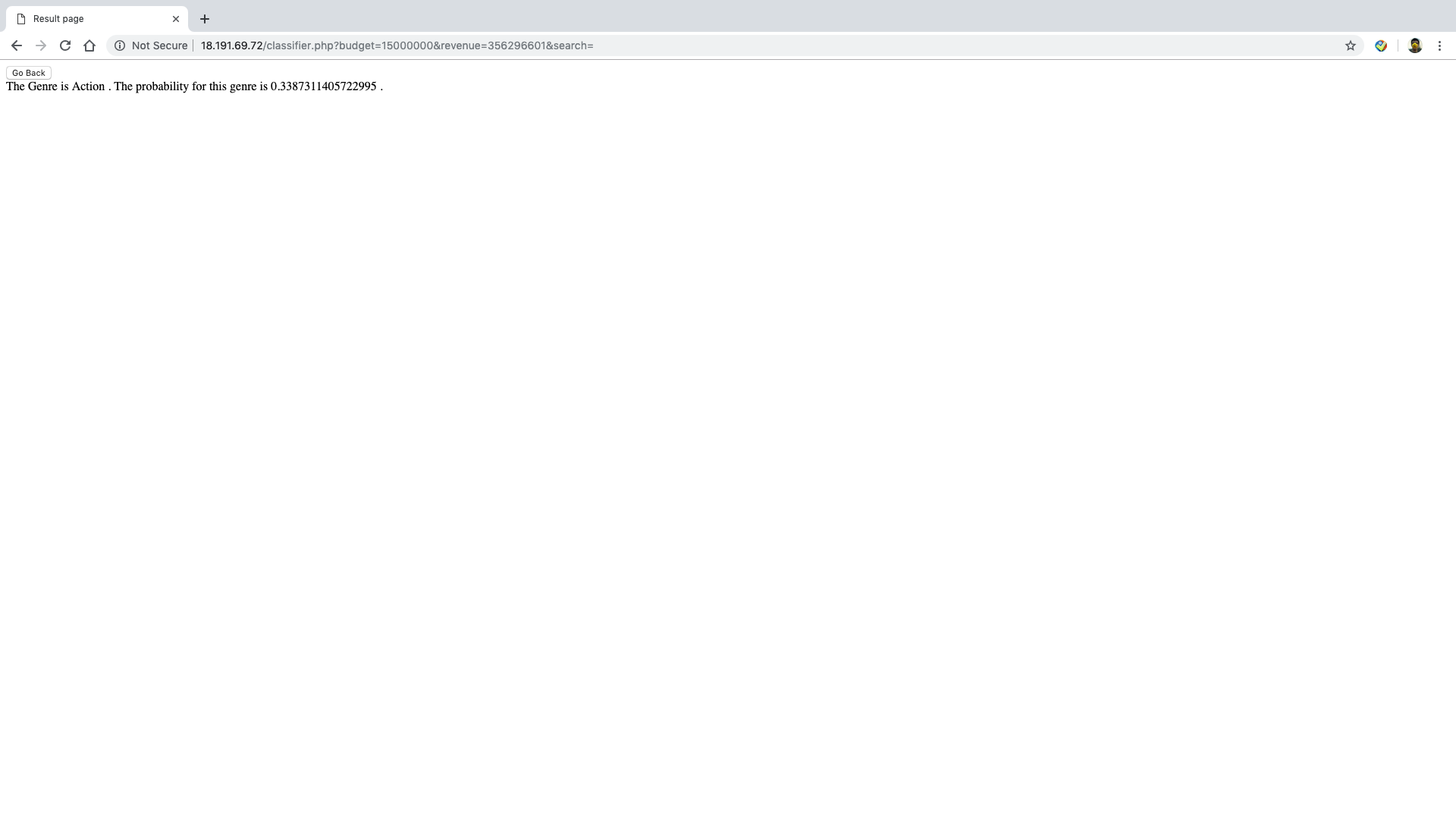 After user type in budget and revenue, it will return the most likely genre by the giving two values along with the probability.